Where are the “Farmers and Ranchers for Donald J. Trump”? Let alone for Ted Cruz?

Anyone who has spent time around political circles in Washington, D.C., knows that, by this point in a presidential campaign, leading candidates have usually gathered around them a network of advisors connecting them to key issues and constituent groups.  And agriculture is usually at the forefront.

Since at least the 1990s when I worked as a young staff counsel for the Senate Agriculture Committee, I remember joining committees or groups like these for Bill Clinton (1992), Al Gore (2000), John Kerrey (2004), and Barack Obama (2008).  My Republican friends, meanwhile, had similar committees backing the leading Republican presidential contenders: Bob Dole (1996), George W. Bush (2000), John McCain (2008), and Mitt Romney (2012).  2008, in fact, saw two such committees crop up just on the Democratic side, one each for Obama and his chief primary opponent that year, Senator Hillary Clinton.

The campaigns, in turn, used these groups as eyes and ears in rural America.  They tasked us with writing memos and providing intelligence on a wide range of issues, both policy and politics.  The relationships formed in the process benefitted all sides.  For the campaigns, it provided easy access to rural leaders and supporters.  As for the group participants, many ended up landing important posts in the new administrations after Election Day.

Of all the strange things making 2016 unique in modern political experience, one that strikes my eye is the absence of any such group for the two leading Republican contenders, Donald Trump and Ted Cruz.  If a “Farmers and Ranchers for Trump” committee or network actually exists, it hides itself very well.

For Ted Cruz, the absence of a rural support team is easy to understand.  As a United States Senator, Cruz consistently has opposed farm programs on principle.   As my OFW colleague Marshall Matz pointed out in an article in AgriPulse in January:

“Senator Ted Cruz was named the ‘anti-farmer candidate’ by the American Sugar Alliance after voting against the 2014 Farm Bill and calling for elimination of the Renewal Fuels Standard for ethanol, the sugar program, and crop insurance.  On the Highway Bill, Senator Cruz voted against restoring the $3 billion crop insurance cut, then reversed his vote against restoring the cut, then voted against the bill on final passage.”

On the Democratic side, Hillary Clinton has her own established network of agriculture contacts, starting with Secretary of Agriculture Tom Vilsack.   Even Bernie Sanders has a circle of agriculture advisors on his Senate staff and among his long-term Vermont supporters.  A Republican group did start to form around Jeb Bush when he first announced his candidacy for the White House in mid-2015, but disbanded as his campaign collapsed.

But not Donald Trump.  Many rural voters certainly support him, but on actual agriculture-related issues Trump has no record one way or the other.  Just as he has been slow to disclose his foreign policy advisors, so too does his agriculture/rural team, if any, remain a mystery.  Other than stating his support for ethanol during the Iowa caucuses, Trump had taken no positions on farm policy, and has no record of contact or involvement with farmers in New York City (yes they really exist) or State.

What does he really think about the farm bill or crop insurance?  Or school lunches, rural development, or EPA rules?  Does he have any opinion at all?

For a presidential front-runner this late in the game, this is strange.  Trump currently is in a desperate race to secure 1,237 delegate-votes for the Republican Convention that convenes in Cleveland on July 18, knowing he will face staunch party opposition should he fall short.  Each delegate will count.  Normally, in this type of contest, farm and rural interests play outsized roles.  This year, they appear counted out.

If nominated and elected, how will Donald Trump connect with farm groups?  How will he inform himself of farm issues?  Normally, the names of his supporters – the members of that “Farmers and Ranchers for Trump” group – give plenty of clues.   Will Trump simply wait till after Election Day, then choose an Agriculture Secretary and leave things to him?  And what kind of Agriculture Secretary would he pick?  Someone who did him a political favor or was suggested by a friendly Senator?  Or perhaps one of his New York business friends who happens to own a hobby farm?  Again, who knows?

[BTW, if I am wrong on this and a Trump agriculture group actually does exist here in DC, please let us know, and we’ll be happy to give you equal space right here on this Blog.  You are being way too discreet.]

Summary of Senate’s Hearing “Decriminalizing Cannabis at the Federal Level: Necessary Steps to Address Past Harms” 

CAOA Filed in the Senate

Bob Dole and George McGovern: A Nutrition Legacy that Continues 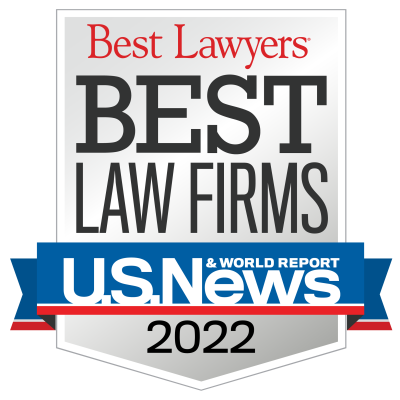 Subscribe to our newsletter and stay up to date:
Facebook-f Linkedin-in Twitter
Copyright 2020. All rights reserved. Sitemap. Design by