2015 Dietary Guidelines for Americans Released… And Some Thought Already Being Given to the 2020 Guidelines!

The Secretaries of Agriculture and Health and Human Services have released the 2015-2020 Dietary Guidelines for Americans (DGA) following what had been a captivating review of the Scientific Report of the Dietary Guidelines Advisory Committee, a process that began in 2013.  In the end, the Guidelines continue many of the recommendations made by the 2010 edition, and offer some modest changes.  They do not include references to sustainability practices and food taxes that were suggested by the Scientific Report, and were the subject of a hearing before the House Agriculture Committee last October.

So what do the new Guidelines propose?

On proteins, the Guidelines suggest that some individuals, especially teen boys and adult men, need to reduce overall intake of protein foods by decreasing intakes of meats, poultry, and eggs and increasing amounts of vegetables or other underconsumed food groups.  This is a narrower reduction that what had been recommended by the Advisory Committee, which was not supported by strong science.

On alcohol, the Guidelines retain the 2010 recommendation – If alcohol is consumed, it should be in moderation—up to one drink per day for women and up to two drinks per day for men—and only by adults of legal drinking age. For those who choose to drink, moderate alcohol consumption can be incorporated into the calorie limits of most healthy eating patterns.  One alcoholic drink-equivalent is described as containing 14 g (0.6 fl. Oz.) of pure alcohol. The following are reference beverages that are one alcoholic drink-equivalent: 12 fluid ounces of regular beer (5% alcohol), 5 fluid ounces of wine (12% alcohol), or 1.5 fluid ounces of 80 proof distilled spirits (40% alcohol).

The Guidelines, for the first time, address caffeine as a typical dietary ingredient.  After all, nearly 90% of the U.S. population consumes it on a daily basis.  The Guidelines say that 400 mg per day of caffeine is considered a moderate and safe part of dietary patterns for healthy adults.  That’s about three cups of home-brewed coffee, four 8 fl. Oz. energy drinks, six cups of tea, or six 12 fl. oz. diet colas.  Importantly, the Guidelines acknowledge that Americans consume well below this level.  Current average intakes of caffeine among adults, by age-sex group is substantially lower than 400 mg per day, ranging from 110 mg (females ages 19 to 30 years) up to 260 mg (males ages 51 to 70 years) per day.  It similarly noted that caffeine consumption for both children and adolescents is low with primary sources being coffee, tea and soda (as well as desserts and sweets for young children).

On added sugars, the Guidelines say that we should consume less than 10 percent of calories per day from added sugars.  But there continues to be substantial disagreement over the science to support this limit and we are sure to hear more about it as FDA considers its highly controversial “added sugars” labeling proposal.

And, in looking towards the 2020 Guidelines, this Act also included Section 735, providing $1,000,000 to review the dietary guideline process. The Secretary of Agriculture is to engage the National Academy of Medicine to conduct a comprehensive study of the entire process used to establish the Advisory Committee for the Dietary Guidelines for Americans and the subsequent development of the Dietary Guidelines for Americans.  This study is to include:

Also looking forward, the 2020-2025 Guidelines will expand to include, for the first time, infants and toddlers (from birth to age 2), as well as additional guidance for women who are pregnant, as mandated by the Farm Bill.

Bob Dole and George McGovern: A Nutrition Legacy that Continues

Opinion: The Code Breaker, CRISPR, and the UN Summit

The History and Value of School Lunches

Policy Solutions to Climate Change through Agriculture and Forestry 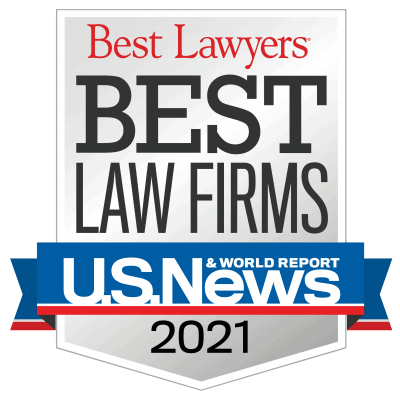 Subscribe to our newsletter and stay up to date:
Facebook-f
Linkedin-in
Twitter
Copyright 2020. All rights reserved. Sitemap. Design by